Donate directly to this animal

Squirrel Gliders are a small gliding possum that live in our trees in the Burrumbuttock area and surrounds. They are quiet, hard to find, spend all night feeding on insects, beetles, flowers and even spiders. They sleep during the day in hollows in old trees. If we don’t have hollows and old trees we want have Squirrel Gliders so we need to keep them on our farms and in our back yards.

Where do they live?

Squirrel Glides live across a large part of eastern Australia. In the Burrumbuttock area and south eastern Australia, they are spread widely but in low numbers. Around Burrumbuttock it is estimated that there are only just over 500 animals. This is a risky population size so we need to double this to ensure they can survive into the future.

Tell us about their history

Since an injured Squirrel Glider was found and then released again over 20 years ago, locals around Burrumbuttock have been working on projects through West Hume Landcare and now the Squirrel Glider LAMP project to improve local opportunities for Squirrel Gliders to survive and thrive.

It has been due to historic habitat loss and fragmentation that Squirrel Gliders have had less success in breeding and increasing in numbers. We are now changing this by creating a landscape that is well connected, with improved and new habitat and creating connections between Squirrel gliders and the humans that also share their local home

Why are they on the edge?

Habitat loss and fragmentation have been the key determining factors affecting dwindling numbers.

We are aiming to double the population size within a 10 km radius of the Burrumbuttock township. We are also working hard to raise awareness of these gorgeous animals in our local landscape. Education and a connection to these animals is critical. We are aiming to have as many local school children visit the Wirraminna Environmental Education centre to learn about Squirrel Gliders.

$50,000 to run a program with local schools within a 50km radius of Burrumbuttock to raise awareness and education about Squirrel Gliders

Who is doing the work?

Petaurus Education Group – Squirrel Glider LAMP project in partnership with a number of community organisations and the Saving our Species program.

Want to do more to help?

Get in touch with Squirrel Glider LAMP project officer and find out more
https://www.wirraminna.org.au/petaurus/squirrel-glider-lamp/ 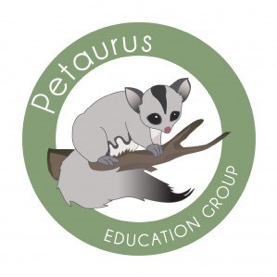 All donations are tax deductible.